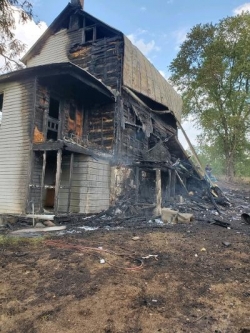 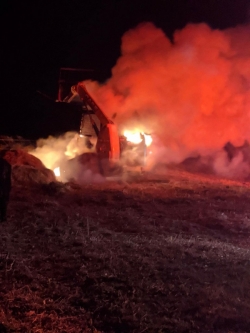 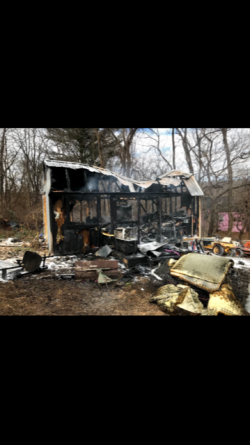 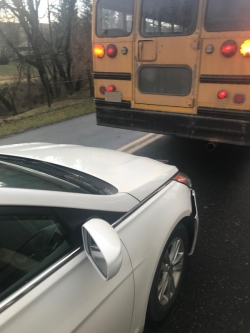 No injuries.
About us 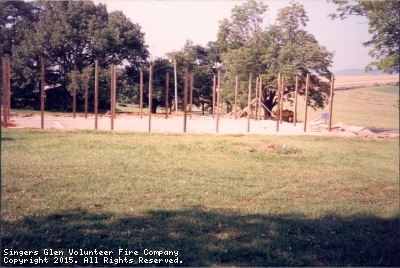 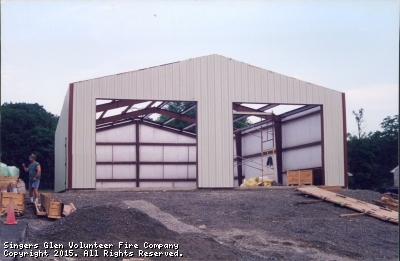 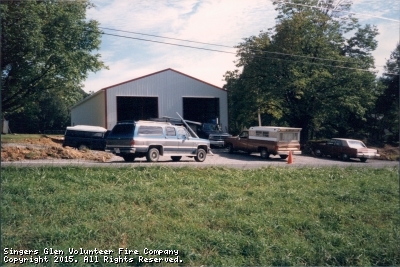 In August 1993, numerous members of Hose Co. #4 Substation 42 got together and decided to form a new Fire Company. On October 3, 1993 a meeting was held, officers were elected, and we were on our way. The founding members are: Matt Armstrong, Mike Armstrong (President), Brent Bowman, Dale Davenport, James Frank, Jean Gindorff, Hank Gray, Lloyd Hoover Jr., R. H. Kline (Secertary), Karol Messick, Russel Myers, Dean Miller, Dennis Miller, John Payne, Dave Reedy, James Shell, Harlin Sievers, J. P. Spitler (Vice-President), Calvin Taylor (Captain), Ronnie Thompson (Asst. Chief), Cindy Wittig (Treasurer), Kevin Wittig (Chief), Dennis Wolverton, Donnie Wolverton.       In October 1993, the new company purchased a 1973 GMC (Engine) pumper from the Brunswick Fire Department in Brunswick, Maryland. The company borrowed $4500.00 dollars from one of the members because at that time the company had no money.       On January 1, 1994, the Singers Glen Volunteer Fire Company took over operation of the existing substation in Singers Glen. With the use of Engine 402 from Hose Co. # 4, the station was answering calls until Engine 751 was restored. After over nine months of working nights and weekends on the Engine it went into service in July of 1994. 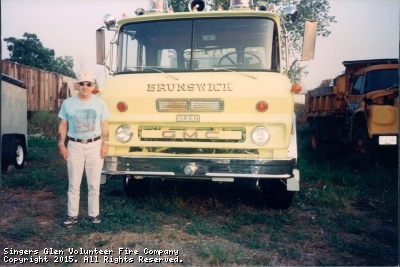 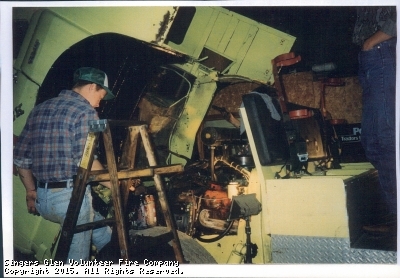 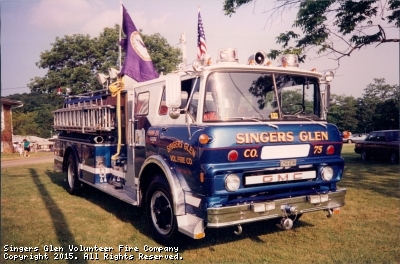 In March of 1994 Southern States donated a Kenworth 2,500 gallon fuel tanker to us. After many months and many thousands of dollars, Tanker 753 went in service in June of 1995. Our “new” tanker was not pretty, but it held lots of water and could do what we needed until we could get something better. 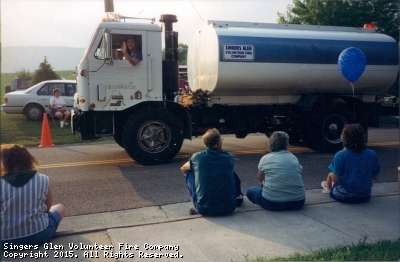 In August of 1996, we bought a 1978 Dodge/Pierce Mini Pumper form Brunswick Fire Department. Attack 754 is used for brush fires and for places that a regular sized Engine will not go. This was our second piece from Brunswick. Without the numerous donations of gear, hose, and many other things from Brunswick our company may not have made it.       In June of 2000, it was decided with the Tanker needed some major work. We replaced the chassis with a 1993 International road tractor. We keep the 2500 tank and PTO pump and with the help of Broadway Metal Works and Hi-way Motor the tanker is what we have today.       In August of 2000, we also looked at Engine 751. With it’s open cap and 2-speed rear end that we needed to upgrade this piece too. We were able to find a 1980 Simon Duplex/Oren Grummen Engine that would suit our needs. We bought the Engine from Pleasant Valley Community Fire Company, which became Engine 755. 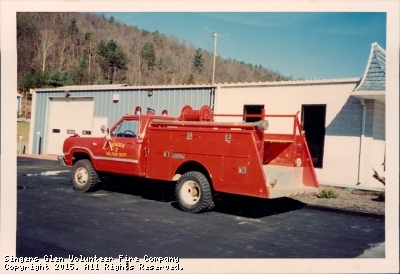 With the new Engine and the unwillingness to give up our first Engine, we decided we needed more space. With Engine 751 being stored at Grottoes Volunteer Fire Department, we started on the second building in May of 2001. The new building doubles our space to store our apparatus and gave us room to build a classroom in the bay area of the old building. This classroom was finished in August of 2001 and dedicated to the memory of Justin Mines.

This site has been viewed 87,697 times.
Calls
Events
Pictures
Apparatus
Maintained by the members and staff of Singers Glen Volunteer Fire Company. Designated trademarks and brands are the property of their respective owners. Copyright © 2006-2022. YourFirstDue Inc. All Rights Reserved. Content on this web site is supplied by Singers Glen Volunteer Fire Company. YourFirstDue Inc. cannot be held responsible or liable for any content, text, pictures, or any other media found on this web site.
Management login
Powered by